September 7, 2018
Andrew Mirams
First time buyers
No Comments on Is the Sunshine Coast growing too fast?

Popularity is a double-edged sword it seems.

While there are plenty of reasons why the Sunshine Coast region is the growth darling north of Brisbane, there’s the threat more people calling the coast home will bring services and amenities to a grinding halt.

The coast is cooler than a sea breeze 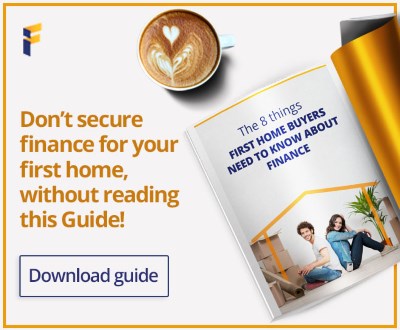 The Sunshine Coast’s renaissance following the GFC is well and truly entrenched.

According to the Sunshine Coast Council’s Priority Infrastructure Plan 2014, the region’s population is expected to jump to approximately 457,000 by 2031 – so it seems the coast needs to get its house in order before all these new guests arrive.

Drill down into the numbers and you discover where the newbies are coming from.

Queensland as a whole has seen net interstate migration (NIM) on the rise – the ABS reports NIM as at March 2017 reaching 15,716 people.

Couple this with the fact that while Queensland’s population is on the rise, jobs are not.

The State’s unemployment rate of six per cent is one of the country’s highest, so, new Queenslanders aren’t looking for jobs – they’re arriving for lifestyle.

This is reinforced when you consider, according to CoreLogic, home values grew just 2.4 per cent in Brisbane over the past 12 months, while they jumped nearly seven per cent on both the Sunshine and Gold coasts.

The Regional Australia Institute forecasts the Sunshine Coast to have the second highest growth rate of any region in Queensland through to at least 2036.

While it’s great to be the centre of attention, can the infrastructure cope?

Government seems to be giving it a red hot go with some great infrastructure plans already well documented.

The University Hospital at Birtinya has been on the lips of every southern Sunshine Coast agent and resident for years as its construction gave a wage to a whole swathe of builders.

Now we’re seeing the rise in professional health care service staff looking to take advantage of this great facility. In relation to medical infrastructure the coast seems to do alright.

The Sunshine Coast Regional Airport upgrade is another shining light.

With a spend of more than $345 million on the cards, the new runway, tower and other facilities will create a truly international hub for tourists as direct overseas flights with bigger aircraft become the norm.

The Maroochydore retail and commercial precinct is getting even more impressive, and the Sunshine Plaza $400 million upgrade just keeps on going.

Perhaps the most confounding element of infrastructure on the Sunshine Coast is transport.

It’s a region of car owners – there’s no doubt – with the Sunshine Motorway forming a connective spine between north and south.

And while there are options to head inland and take the Bruce Highway, congestion among the service roads can be a bit troublesome – just ask anyone looking to merge in around Caloundra Road.

Trains between the beaches are non-existent and probably not a practical solution.

The result is a bus network to help commuters within the region’s boundaries get around.

While we should applaud their gumption, some journeys that would be 30 minutes by car can exceed an hour by bus – particularly if they involve one or two changes or multiple stops between destinations.

For those who’re brave enough to live coast-side but travel to Brisbane for work, there are daily headaches on the Bruce Highway.

Upgrades are under way to increase the numbers of lanes but the highway is still like a carpark during many rush hours.

You can take the train to and from Brisbane but sometimes infrequent services and connecting buses will make for a long journey. Mind you, the rail line duplication from Beerburrum to Nambour should help improve the journey.