January 23, 2018
Frank Dalzotto
Investing
No Comments on Who is better at handling finances – women or men?

It’s the age-old question, isn’t it?

Who is better at finances? Women or men?

Of course, each gender has their reasons why they believe they’re better than the other.

From being more cautious with money to comparing phone plans to make sure they get the best deal, women and men generally do have different attitudes to finance.

So rather than generalise about each gender’s financial pros and cons, let’s hear what they think directly.

1. Compared to men, women are more cautious with their money

We tend to take less risks, therefore we won’t make as many mistakes as men do and won’t lose as much money as men do!

2. Women are less likely to take on large amounts of debt

According to a recent BMO poll, men are more likely to get into debt.

Hanna – Why the need to assume?

Optimism can be very good if it’s based on facts, but is it just wishful thinking?

A positive attitude is key to investment success, but it must be grounded in reality.

Frank – And sometimes reality just won’t allow your dreams to take flight – ever been grounded at an airport?

Hanna – True, but staying grounded can also help define us as women, and separate us from those with their heads in the clouds. 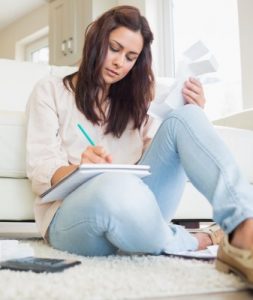 4. The cliché is true – women are not scared to ask for help

Women are more likely to stop and ask for directions than men, right? Same goes for debt.

Women are more likely to do whatever it takes to keep the household afloat than men.

According to a report by Fidelity, 53 per cent of women against 44 per cent of men were more likely to seek information and advice from professional financial planners.

Frank – But is that after financial trouble hits?

Hanna – Maybe because they are in control of their finances for the first time in years?

5. Women are better at goal-setting

When it comes to managing money, it’s important to have specific, crucial and measurable goals. Without them, focus will be lost.

When was the last time you saw a man at the supermarket with a shopping list ensuring he didn’t go over budget? Chances are the list was written by his wife or girlfriend!

Frank – That’s so old school – we’re not talking about our parents era when the lines of responsibility were “his” and “hers!” I’d like to think we’ve moved on from those dark old days!

Hanna – Sad but true. No man can survive the supermarket experience and leave with just what is asked of him. It isn’t in his DNA.

6. Women live longer and this puts money in our pockets

We are also less likely to smoke, abuse alcohol or take drugs.

We are also less susceptible to diseases and generally lead much healthier lives than men. 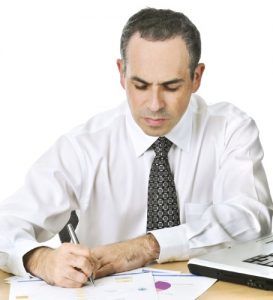 Why spend a fortune on an expensive brand when a home brand will do the job?

Hanna – Practical may not be so cost-effective in the long-term. Ever heard the saying “you get what you paid for?”

2. Men hunt for the best deal

When it comes to utilities/insurances/phone and internet, we always compare deals and ‘’bang for buck’’ before committing and then follow up with a review every 12 to 24 months.

3. We’re not big on shopping

With clothing and accessories, we will exercise patience and shop around for a better deal rather than be lured by a visual “wow” factor.

This is not limited to fashion, for example, purchasing a car should be about performance, comfort and price and not solely based on a “let’s get the red one” criteria.

4. We are big on advance planning

We plan our spending in advance, for example, when eating out, avoid ordering the entrée, but if you do, make sure that agreement is mutual (although if you do care, it should lean slightly towards her choice).

We might select a BYO establishment, but we don’t want to buy the wine there as it’s probably twice the price that Dan Murphy is selling it for, and again, make sure it’s a wine of mutuality (that suits her palate).

It’s not always about price, it’s about preserving the life of my children’s father!

Hanna – So basically at the end of the day, it’s probably a wise idea to leave the choices up to her. A woman knows what she wants anyway, right ladies?

5. We are all about the “Big Picture”

This means planning for a sizeable retirement nest egg is front of our minds.

We look to the future and that means investing now for the years ahead, including life and income protection insurances.

We want to make sure our families are provided for financially if we’re seriously ill or we’ve departed this mortal coil sooner than expected.

Technology allows us to download any one of hundreds of money-saving apps.

When we think we’ve found something that will revolutionise the way we do things, we feel a little bit smarter than the next guy (it’s a primeval competitive thing).

And as history shows, men are the more hands-on gender, we prefer to let our fingers do the negotiating.

There is a reason why that book “Men are from Mars, Women are from Venus” was so successful.

That’s because women and men are fundamentally different in many ways.

But when it comes to finances, it doesn’t matter who is “better”.

What really matters is that both women and men work together towards a common investment goal, with each using their specific skill-set to their mutual advantage.

Using that strategy will help to create a harmonious financial future – not one where you’re single and broke because one person thought they were “better” than the other.

General Manager at Intuiive Finance
Frank is General Manager of Intuitive Finance in Melbourne, joining the team in January 2017. Frank is no stranger to small business, having established his own Property Maintenance Service which he successfully operated for over 25 years, and contracting to the likes of Telstra, the Commonwealth Bank and the State Education Department. As an owner-operator, he has journeyed through some significant global and local economic changes – but despite those uncertain times, he managed not just to survive, but to prosper. Today, Frank shares this experience with the sophisticated investors, first home buyers, small business owners and self-employed individuals that look to Intuitive Finance for financial advice.