Stephen Henderson
06:47 19 Nov 20
Lachlan & Vera helped us with refinancing and securing an investment loan for a new purchase. Great communication,... knowledgeable, friendly & professional. An overall great experience, would highly recommend! Special thanks to Vera for being so helpful throughout the whole process. You definitely made things a lot easier.read more

Jay O-H
08:52 01 Oct 20
Friendly group of people. Happily answered my many questions and provided the peace of mind I was after!

Marty Sadlier
05:24 01 Oct 20
Andrew and Lachlan Miriams and the greater Intuitive Finance team are just true professionals. Nothing is too much for... them from a service point of view and the correspondence and being kept in the loop is exceptional. Highly recommend.read more

First home buyers have started to apply for a new government scheme designed to get them onto the property ladder sooner. 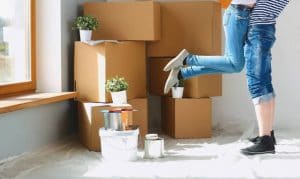 The First Home Loan Deposit Scheme kicked off on 1 January, with eligible first home buyers able to access funds to help with a deposit for their first home.

The scheme, which was announced in the lead-up to last year’s Federal Election, sees the government guarantee deposits as low as five per cent for first-time buyers.

In practice, that means that first home buyers won’t need to pay Lenders Mortgage Insurance or LMI because their deposits are lower than 20 per cent of the purchase price.

LMI is a fee that lenders charge to borrowers with small deposits and protects the bank, and not borrowers, in case they default on their repayments in the future.

In most cases, the loan guarantee will save borrowers thousands of dollars.

First-timers back in the game

For a while there, back in 2016 and 2017, first home buyers were often stuck on the sidelines.

This was because of strong market conditions in Sydney and Melbourne to start off with.

As prices in those two cities grew quickly, many prospective home buyers simply couldn’t afford to buy into these markets.

Then APRA decided to tighten lending criteria which meant even if they could afford mortgage repayments, they could no longer meet the new conservative servicing calculations.

Let’s be honest, it wasn’t great times for would-be first home buyers back then. 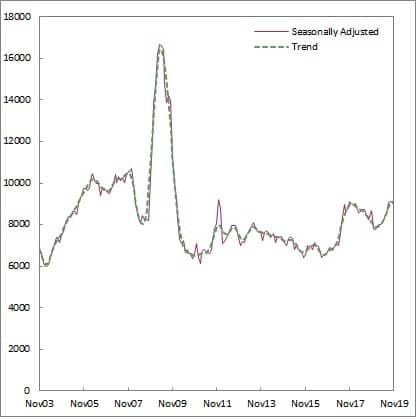 However, times have changed.

In fact, from the start of last year, the number of first home buyers in the market started to strengthen every month.

Unsurprisingly, this was because of lower property prices as well as the relaxation of lending conditions. 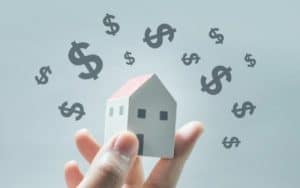 Historically, first home buyers represent about 30 per cent of all market activity, which is pretty much the situation today.

According to the Australian Bureau of Statistics, owner occupier first home buyers accounted for 29.7 per cent of new housing loan commitments to owner occupiers in November last year.

On top of that, five per cent of the market are first-time buyers who purchase an investment property rather than a home.

Looking around the nation, it is clear that affordability remains one of the biggest factors to help first timers into the market.

The highest percentage of first timers in the market is in Western Australia, according to the ABS, where the property market has been flat for quite a few years and the median dwelling price in Perth is about $437,000.

The second highest proportion is in the Northern Territory, where Darwin’s median dwelling price of about $388,000 in anyone’s language.

Conversely, in Sydney, the number of first home buyers active in the market is just 26.5 per cent, which is perhaps not surprisingly given its median dwelling price is still $840,000. 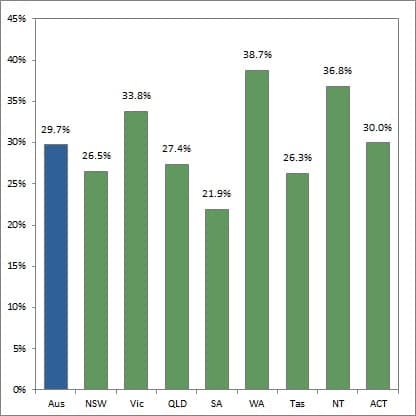 How long will the scheme last?

Some detractors of the government’s First Home Loan Deposit Scheme have argued that its limit of 10,000 borrowers will mean many first home buyers will miss out.

While it is true that there are thousands of first-timers buying property each month, it must be said that something is better than nothing!

The scheme is designed to help a certain cohort of would-be property owners who otherwise would have struggled to save a deposit.

That’s why the eligibility criteria include maximum income levels for singles and couples as well as purchase prices depending on the location.

With many markets appearing to be on the verge of stronger market conditions this year, prospective property buyers are already making their move.

That’s because they don’t want to miss the boat again and be left languishing on the sidelines of property ownership which happened not that long ago.

Finance Strategist at Intuitive Finance
Lachlan joined Intuitive Finance in September 2013, initially in an administrative role before moving to Client Services in October 2014. Lachlan moved into a new Relationship Manager role in January 2017 where he oversees our Client Services Managers along with dealing in some strategic analysis himself. He has recently completed his Diploma of Finance and Mortgage Broking Management and will commence broking in January 2018. Outside work, Lachlan is a very talented footballer, currently playing in the Victorian Amateur Football Association with St Bedes/Mentone. He is a very avid sports fan with his most passionate teams being the North Melbourne Kangaroos in the AFL and the Cleveland Cavaliers in the NBA. In his spare time, he enjoys catching up with his mates, playing football & basketball and watching any sport that is on TV